ATi Radeon
The Juniper core architecture is similar to half of one Cypress core. The chip contains 1.04 billion transistors and is manufactured on a 40nm process and The Terascale 2 unified processing architecture is scaled back from Cypress' 20 SIMD units.

Juniper also features half the memory interface of Cypress with a 128-bit GDDR5 memory interface to deliver up to 76.8GB/sec of bandwidth. Juniper retains the Evergreen family feature Error Detection Code hardware (EDC) that performs CRC checks on data transfers for improved reliability. 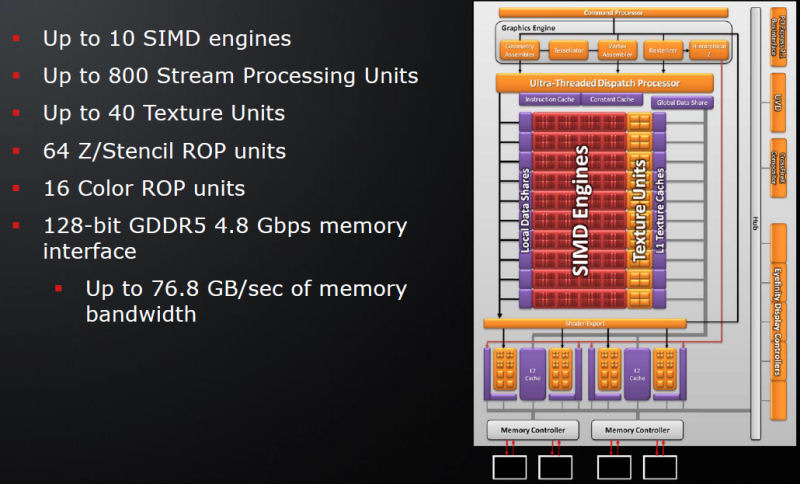 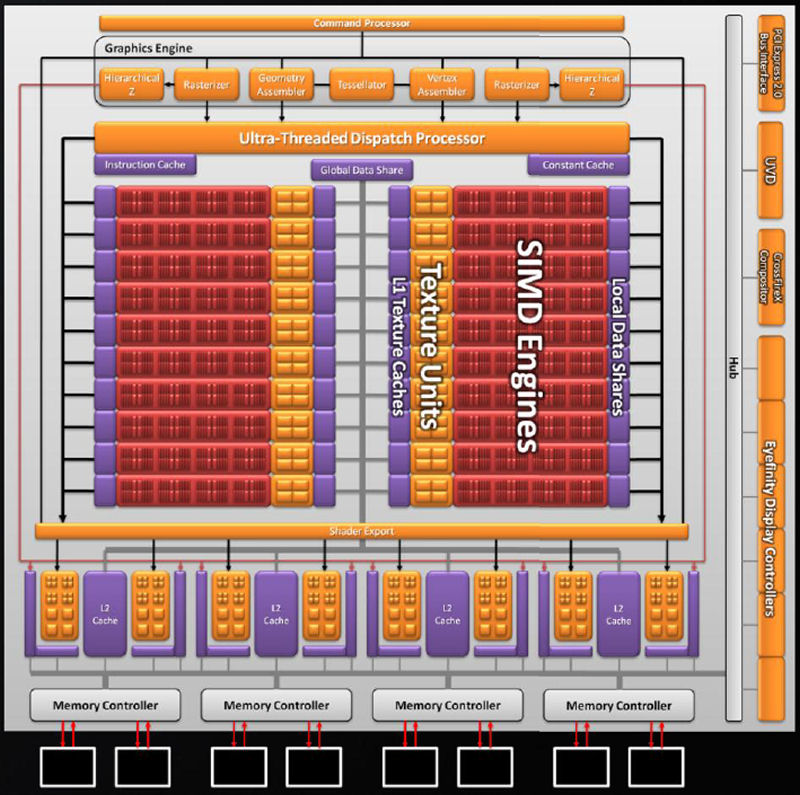 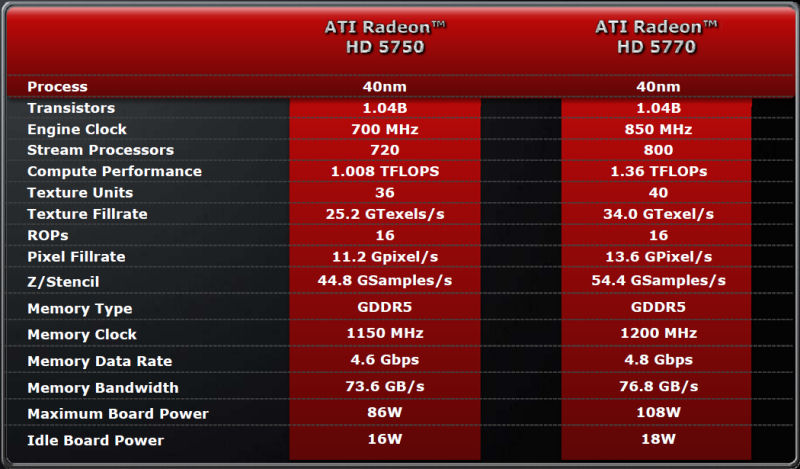 As before, Juniper features multi-sampled anti-aliasing and Evergreen's new anisotropic filtering method for increased image fidelity. Edge detection and adaptive modes are still present, along with ATI's new rotated grid super sampling anti-aliasing mode. LoD settings are being considered as possibly being required to offset the blurring of box filters with a negative bias.

The cards feature PCI-Express 2.1 x16 interfaces. PCIe 2.1 offers several new features that could be leverage for better performance for specific applications, including: