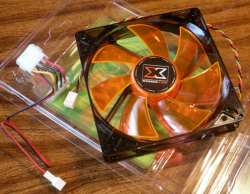 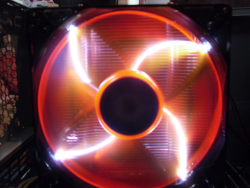 After recalibrating the fan speed control in the BIOS to 3-pin PWM for the XLF-F1253, I reiterated my idle and load tests. Here are the results for both standard fan and XLF-F1253, in both stock clock and overclocked configuration. Immediately I noticed I could overclock higher - 1.525v vCore and x18 multiplier gave a great Prime stable 3.6Ghz. 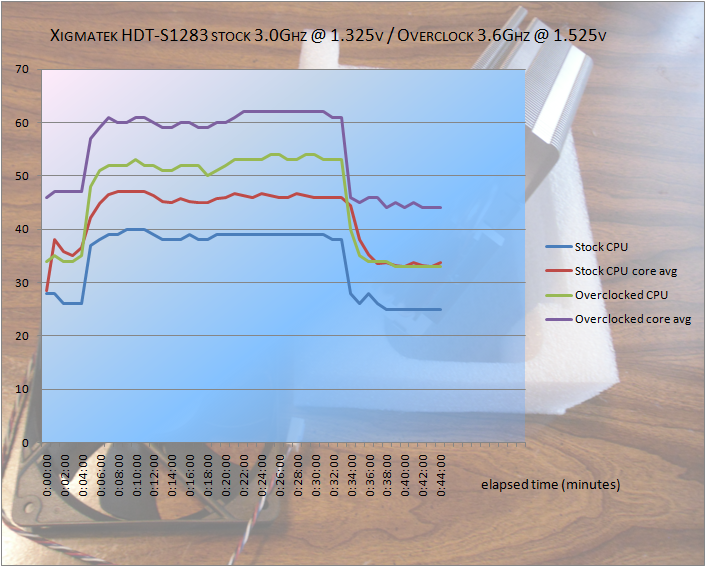 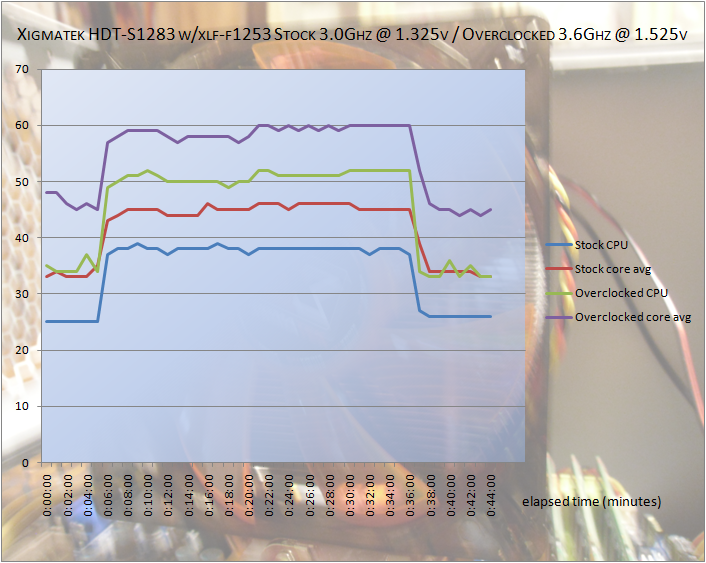 Examining the second set of results shows the differences the XLF-F1253 fan makes - nearly none. The idle and peak temps are almost identical to the stock fan results. However the XLF-F1253 is quieter than the stock HDT-S1283 fan, but neither is loud. The stock fan's max rating of 56CFM @ 1500rpm is quiet and non-intrusive, rated at 24dBA by Xigmatek. The XLF-F1253 is rated at 61CFM at less than 20dBA, giving the same cooling performance with low noise and enhanced looks. Real world, both are inaudible if you have any background noise - ceiling fans, window unit A/C, music playing, cave-babies poking you in the eye, etc.

The Xigmatek HDT-S1283 is a great heatsink and fan, it's performance is belied by its pricing in the low-end of the mid-range aftermarket segment. Whether the additional XLF-F1253 fan is a good purchase depends upon on your target use - it's very quiet, performs as well and potentially better than the included stock fan, and has great looks. The sticky residue on the base of the heatsink was easily removed with household products, and is likely an aberration as other Xigamtek products we have seen with this protective film didn't have the same issue. As a whole, we have a hard time recommending another heatsink over the HDT-S1283 because of its great performance and value, especially on the AMD platforms. Its huge size might be a concern for some, but we have yet to encounter a mid or full tower that won't accommodate it. Xigmatek's own products seem to be the main competition. Caveman Recommends!