Luckily, a system containing a 2900XT was available. Since gutting it in order to get the card into the main testing rig was not possible, we simply took the testing to it. The configuration used for the 2900 testing was the following:

Same rules apply here:16X AF forced through the CCC, with AA being either 0 or 4 sample, controlled through the game's .ini. We've used the same benchmarking run. We've maintained the exe renaming in order to alleviate possible variation from that source. 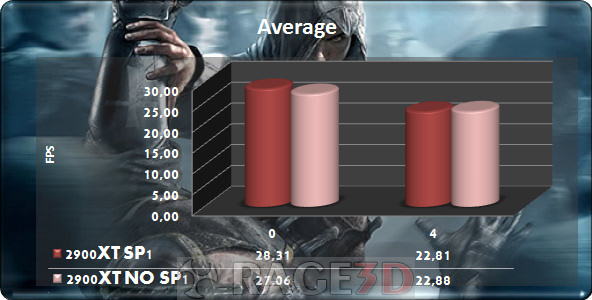 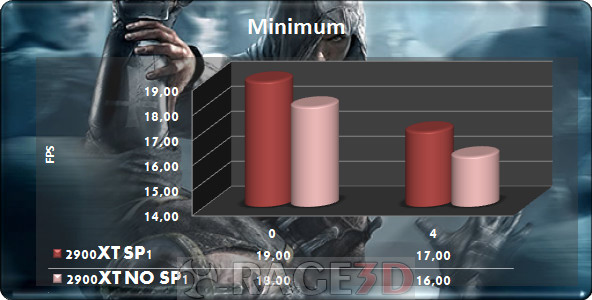 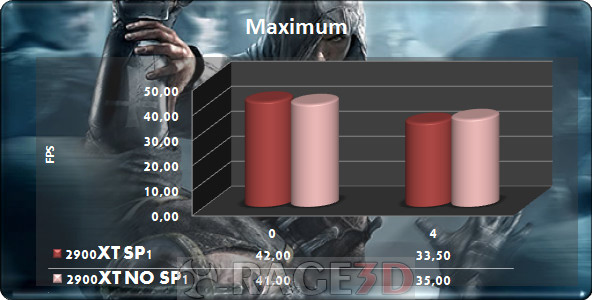 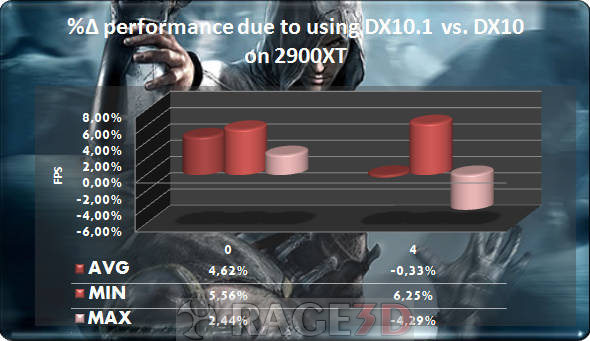 Lo and behold: the 2900XT seems impervious to the presence or absence of SP1. It behaves identically in either scenario (the variation present is well within the margin of error of FRAPS based testing). This is in line with what we were expecting, and comes to support the contention that AC makes use of DX10.1 and that's what makes the 3870X2 perform considerably better with SP1 installed.

There's a final supporting argument - check out these pictures:

In the above pictures you're looking at the lower part of a headband that goes over the player's visage as he enters the Animus (buy the game in order to find out more about the Animus). With either the 2900XT or the 3870X2 without SP1, that particular area seems to receive no AA, in spite of the rest of the screen being properly AAed. Once SP1 is installed on the 3870X2 sporting system, the edge gets properly antialiased, whilst on the 2900XT installing SP1 has no effect. This sends us back to the ATi Whitepaper we quoted, which suggested that quality benefits can be brought on with DX10.1 support.